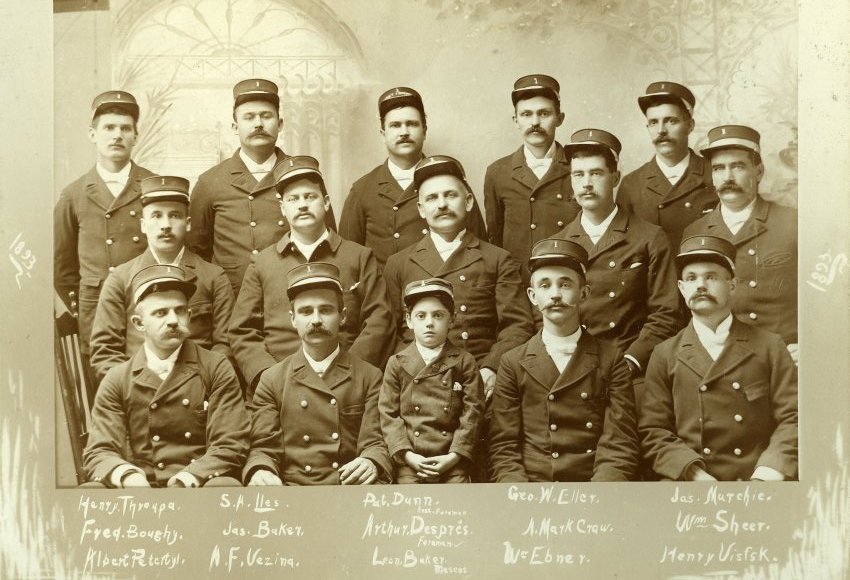 The Traverse City Fire Department was organized in 1876 and was located in the 200 block of East Front Street. Horse-drawn hose carts were utilized by volunteers to fire scenes. Volunteer firefighters included prominent local businessmen J.W. Milliken, B.J. Morgan, J. Martinek, and Julius Hannah, son of Traverse City’s founding father, Perry Hannah. In 1890 the station moved to 118 Cass Street and remained there until 1974.

The first steam fire engine was purchased in 1895. It was horse-drawn and had a pumping capacity of 500 gallons per minute. A second steam engine was purchased in 1901. These steam engines remained in service until the Fire Department motorized its fleet in the 1920s. The first regular motorized fire engine was an American LaFrance pumper with a pumping capacity of 1000 gallons a minute. Today the Department operates 2 Pierce Velocity engines and 1 KME engine as a backup. TCFD also operates a KME Aerial Cat Ladder Truck with a 100’ tower ladder for the taller buildings in our area.

In 1965, the department expanded operations and began rescue service.

In 1968, the current Station 02 was built on East Eighth Street. With the rate of growth the City was experiencing, a second fire station on the East side was desperately needed on the East side of town. Station 02 houses an engine and a rescue unit.

In 1974, the current Station 01 was built on West Front Street. Station 01 is home to the Ladder truck, one engine, and one ambulance. The administration staff is based at Station 01 and includes Fire Investigation and Inspection Services, A Fire Chief, a Training Officer, and an Administrative Assistant.

Although the sound of harness bells ringing and hooves thundering as horses ran down the brick streets to fire have faded into the past, the commitment of our firefighters and surge of adrenalin as they rush to conquer a building in flames remains strong to this day.