Adult Use Cannabis Applications Submitted to the City Clerk's Office

Adult Use Cannabis Applications Submitted to the City Clerk's Office

At its May 16, 2022, meeting the City Commission approved the adult use cannabis licensing ordinance, related zoning ordinance and scoring rubric. The City Clerk’s Office made applications for Adult Use Cannabis Retail Licenses available Monday, June 13, 2022, and began accepting applications August 22, 2022, at 8 a.m. through August 26, 2022, at 5 p.m.
The zoning ordinance included an overlay district of subareas throughout the city, which prescribed a maximum number of licenses in each subarea. City-wide, the maximum number of licenses allowed is 24; recognizing that in no instance may more licenses be issued for a subarea than allowed within a given subarea.
The City Clerk’s Office received 17 applications for adult use cannabis licenses, with 16 of those applications being submitted by the deadline. Applications were submitted for all 12 addresses currently licensed as a medical cannabis provisioning center.* City Planning Director Shawn Winter has determined that all 16 applications received on time fall within the number of licenses allowed per subarea. Therefore, the competitive scoring process, involving the scoring rubric, will not be necessary. A map showing the proposed locations is included with this media release.
The following table illustrates the proposed locations, which subarea the location would fall within and if there is an existing medical cannabis provisioning (retail) center license at the proposed location: 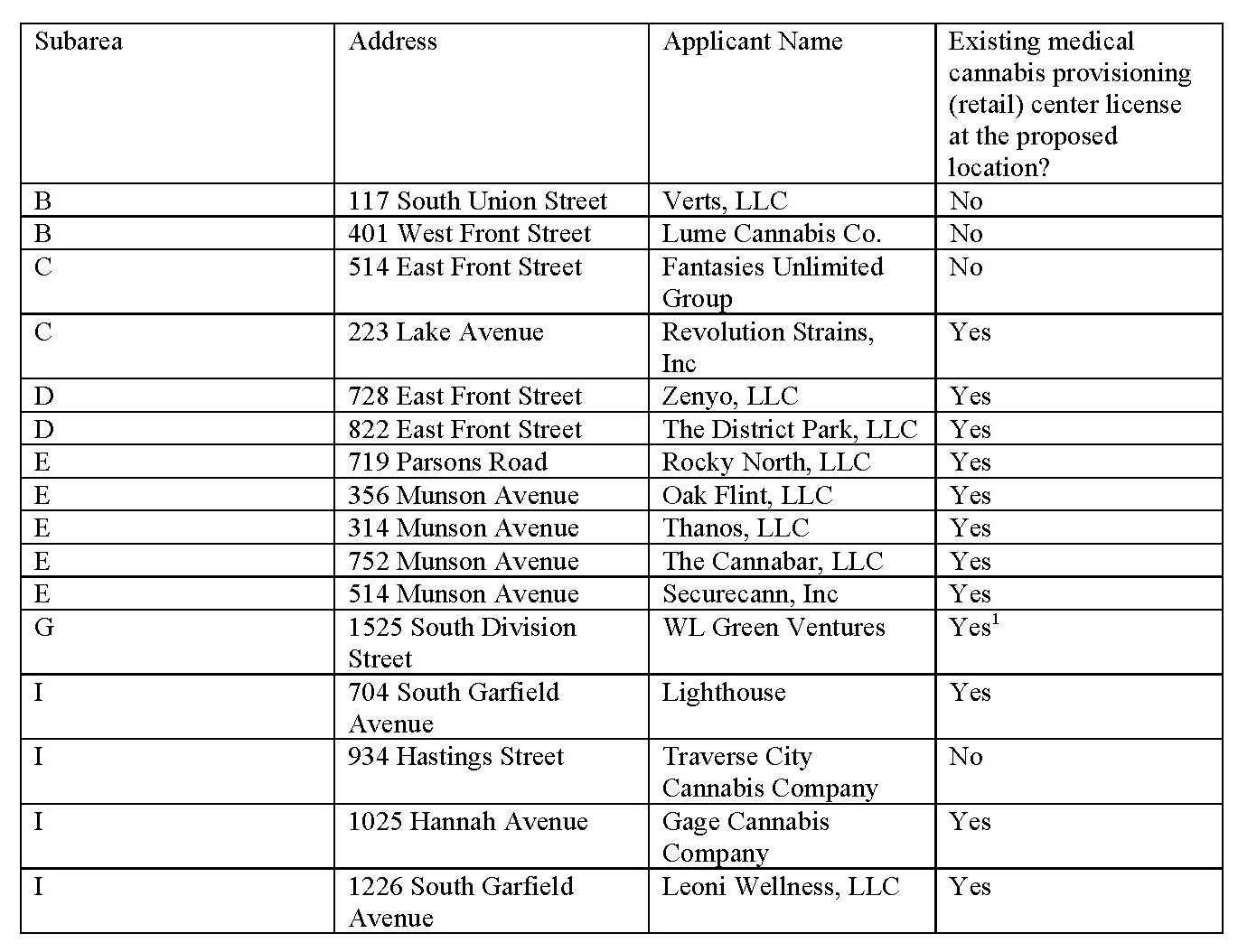 City Clerk Benjamin Marentette indicated, “The City of Traverse City appreciates the level of interest by the cannabis industry in locating their businesses within our community. My office specifically looks forward to working with these businesses and working as expeditiously as possible in reviewing the voluminous and required application documentation, in conjunction with a variety of City departments. While we aim to be expeditious, we’re also committed to being thorough and fair and also balancing this work with the other important work my team performs for the city organization. Having said that, I anticipate that we will be in the position to issue licenses by March 2023, rather than June 2023 as previously indicated since we will not have to use a competitive scoring process.” 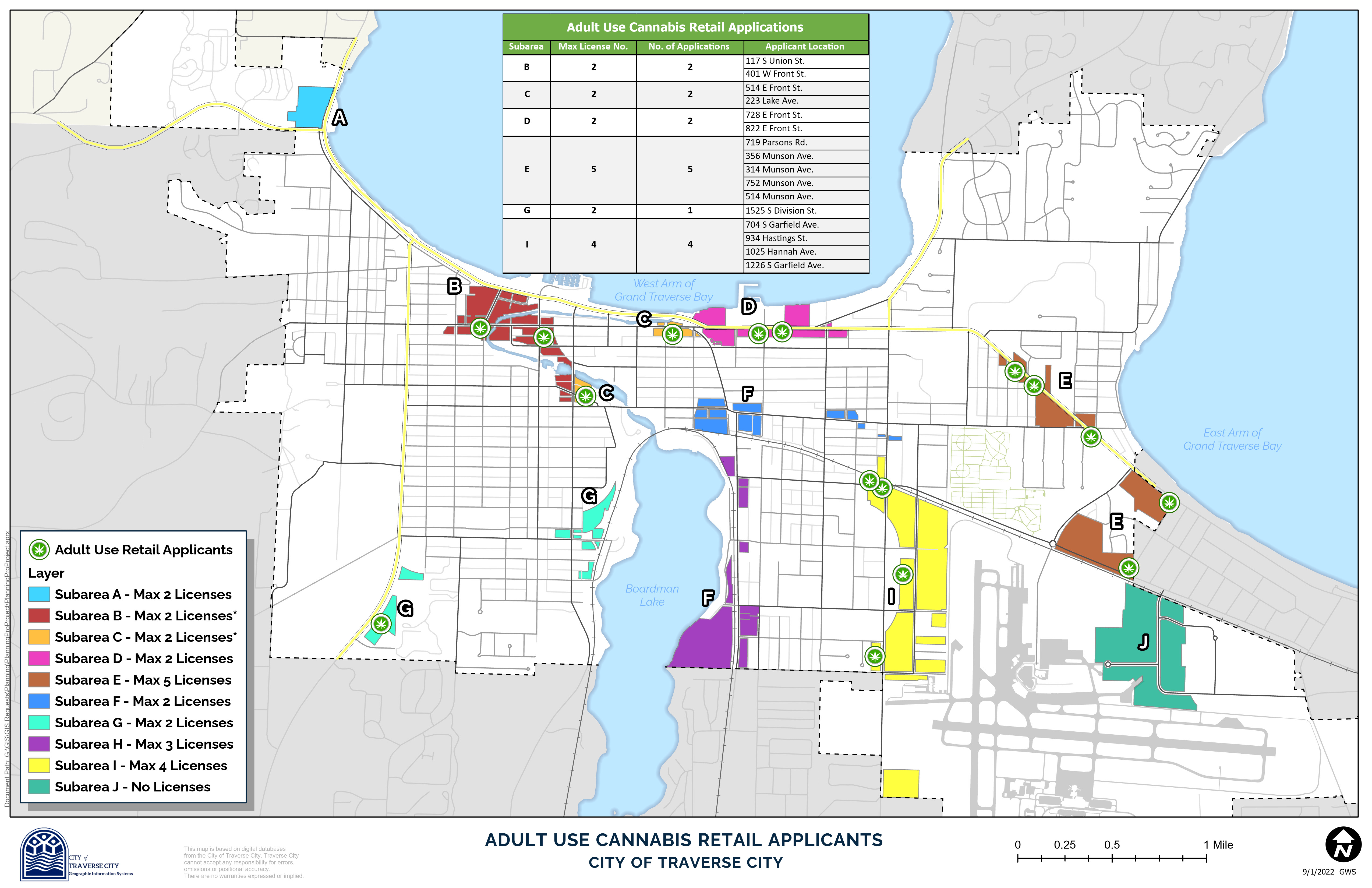