The City of Traverse City has three winners for the ‘First Time Voter’ Sticker Design Contest! 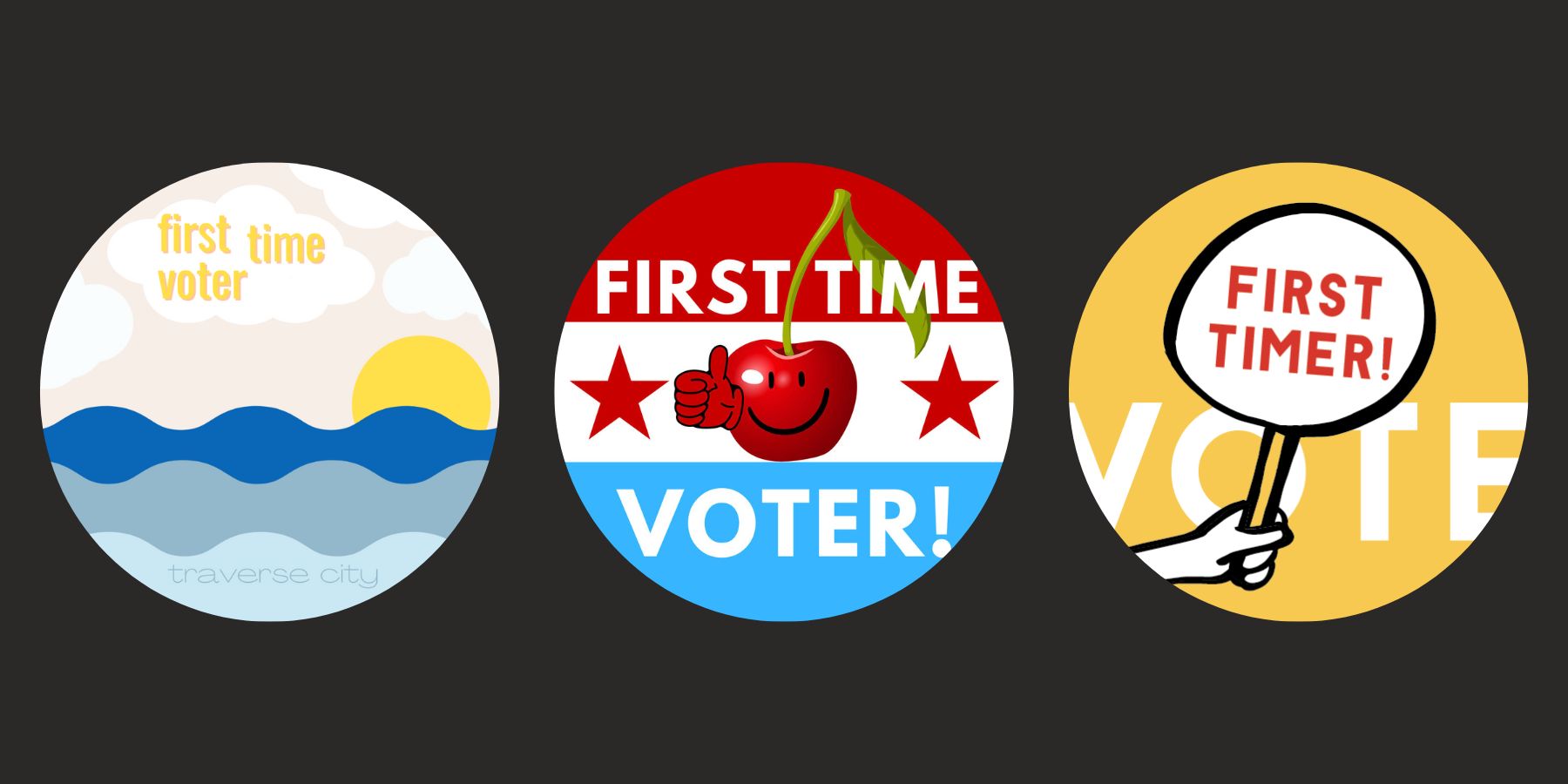 Following in the footsteps of the ‘I Voted’ and ‘Future Voter’ Sticker Design Contests, the City recently hosted an exciting creative challenge by seeking designs for its ‘First Time Voter’ stickers.

The Contest was open to residents in Grand Traverse, Leelanau, Benzie, Antrim, or Kalkaska counties, including 9th  – 12th grade students. Nearly 30 design submissions were received and a panel of judges narrowed the field to six finalists for a public vote. The public vote to select three winners of the finalists ran October 2 - 9, 2022.

Nearly 450 votes were received through the public voting process. The designs with the most votes were created by Morgan Orth, Amanda Campo, and Connor Primeau. Each winner will be honored with a $100 prize.

“Celebrating the act of voting for the first time is a great way to instill voter pride. We are pleased with the success of our sticker design programs and the excitement that they have brought to the democratic process,” says City Clerk, Benjamin Marentette.

The winning designs will be printed as stickers and distributed to voters on Election Day.