Beginning with the fiscal year 2015/2016, the City Commission began allocating substantially more funding toward sidewalks. At that time, the City Commission expressed the desire to accelerate the sidewalk gap and infill program city-wide. The City Commission has also identified that walkability and respect for pedestrians is a deeply-held value of the citizens of the City of Traverse City. This is supported by the Traverse City Master Plan which emphasizes that "transportation choices are important to our vitality and environmental health." In 2011, the City Commission adopted a Complete Streets Policy that enables safe and convenient access for all legal road users, including pedestrians.

Staff worked to implement the sidewalk goal set by the City Commission by exploring two tracks: a Safe Routes to School infrastructure grant program and an equity-based sidewalk gap and infill project, primarily targeted at the Traverse Heights neighborhood which was identified as underserved with pedestrian connectivity. Both project tracks were supported by City Commission resolutions.

Implementation of the sidewalk programs began in 2016 and was included with road reconstruction projects, the Sidewalk Preservation Project, the Sidewalk Gap & Infill Project, and Safe Routes to School. This level of investment was nearly $8 million and was completed in 2021. 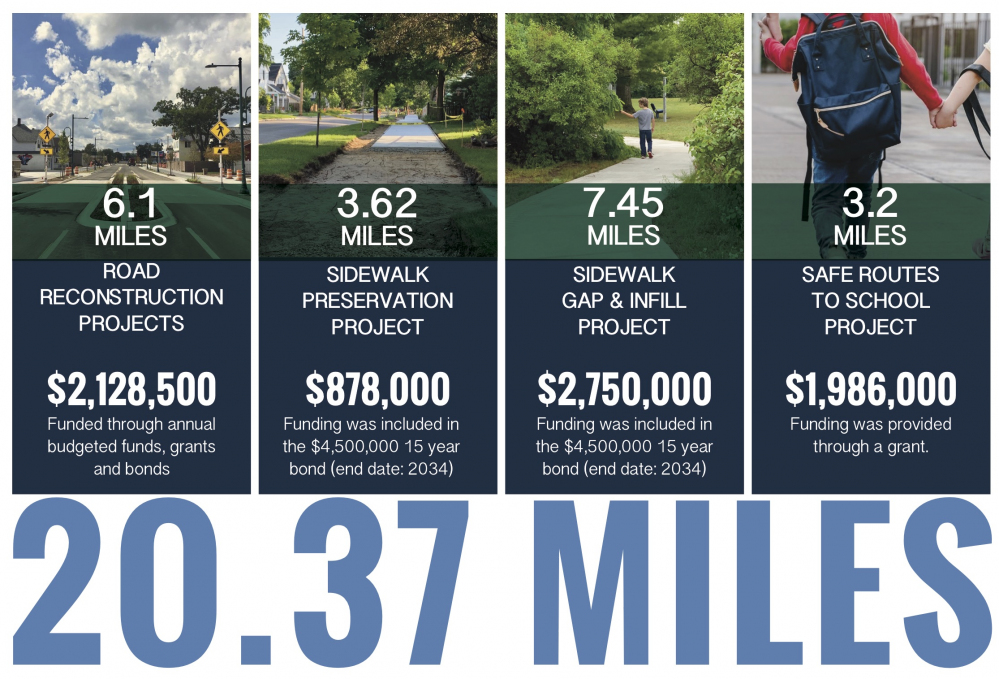 The City Commission approved the Sidewalk Preservation Project in May 2018 to repair over 3 miles of existing sidewalks with condition assessment ratings of "poor" or "very poor". The two-year construction began on the east side of the city in May 2019.

The Sidewalk Gap & Infill Project began in 2019 and primarily in the Traverse Heights neighborhood, Garfield Avenue, and East Front Street. Construction concluded in 2021. 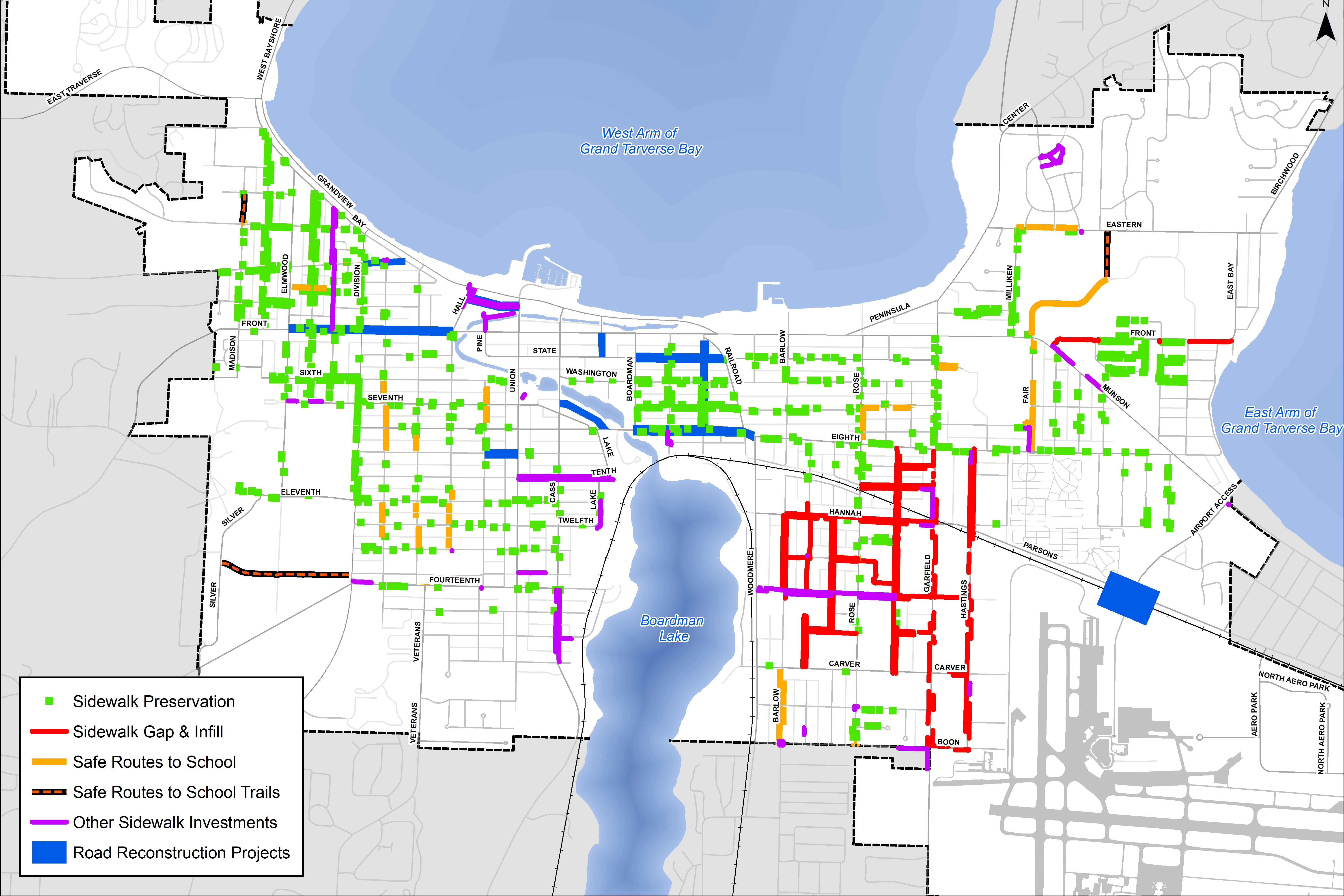 Today, only 13% of kids actively travel to school, compared to 48% in 1969. Among those living within a 1.4 mile of school, just 56% walk or bike. Safe Routes to School is a movement that aims to make it safer and easier for students to walk or bike to school. The most successful programs incorporate the Six E's: evaluation, education, encouragement, engineering, enforcement, and equity.

Since 2005, Safe Routes to School Programs have benefited more than 14,000 schools in all 50 states. The demand continues to grow, especially within low-income communities, communities of color, and rural communities, where it is hard for anyone to safely and conveniently walk, bicycle, or get physical activity.

The ten schools participating are:

In July of 2018, the City received notification from the Michigan Department of Transportation that the multi-school Safe Routes to School (SRTS) infrastructure grant was received for over $2M with a conditional commitment for approximately 4 miles of linear trail/sidewalk expansion, bike lanes, traffic calming, crosswalk improvements and signage upgrades. Safe Routes to School kicked off in April 201 and was completed in October 2021.