J. Smith Walkway is an urban pocket park located in the heart of Downtown Traverse City. Located between buildings on the north side of the 100 block of E. Front Street, the walkway serves as a pedestrian connection between Front Street and the Boardman River.

The J. Smith Walkway was named after Jay P. Smith, longtime editor of the Traverse City Record Eagle, co-founder of the National Cherry Festival. The walkway was renovated in 2005. Designs were prepared by City staff and work was completed by the Streets and Parks & Recreation Divisions. Amenities such as the fountain and furniture were donated. 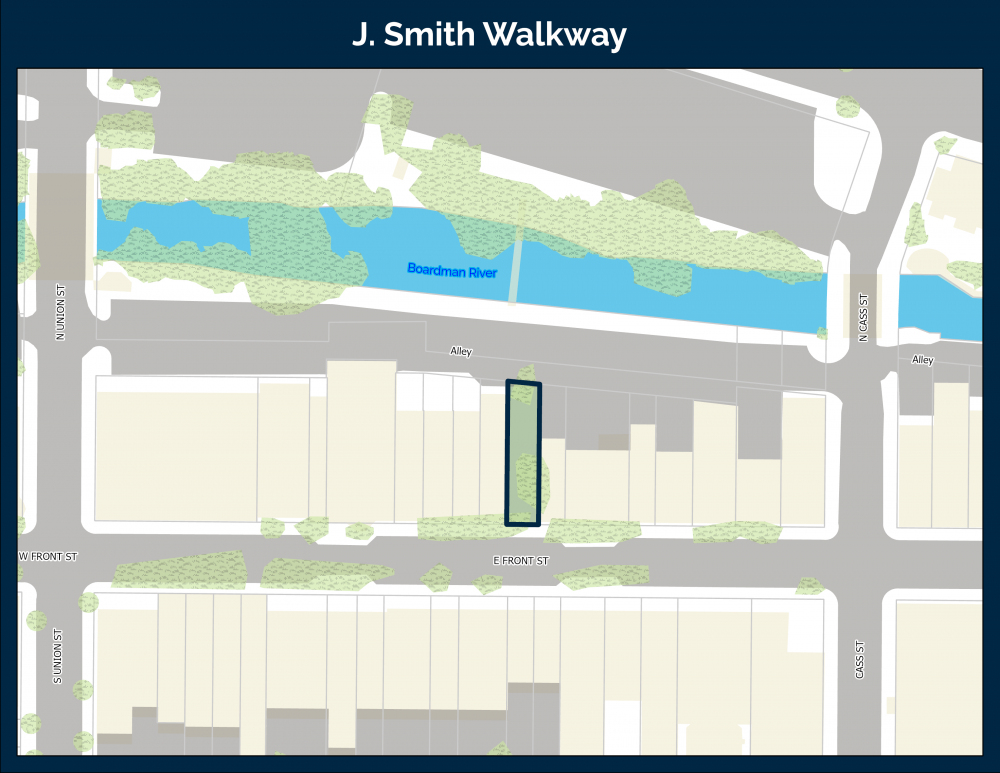 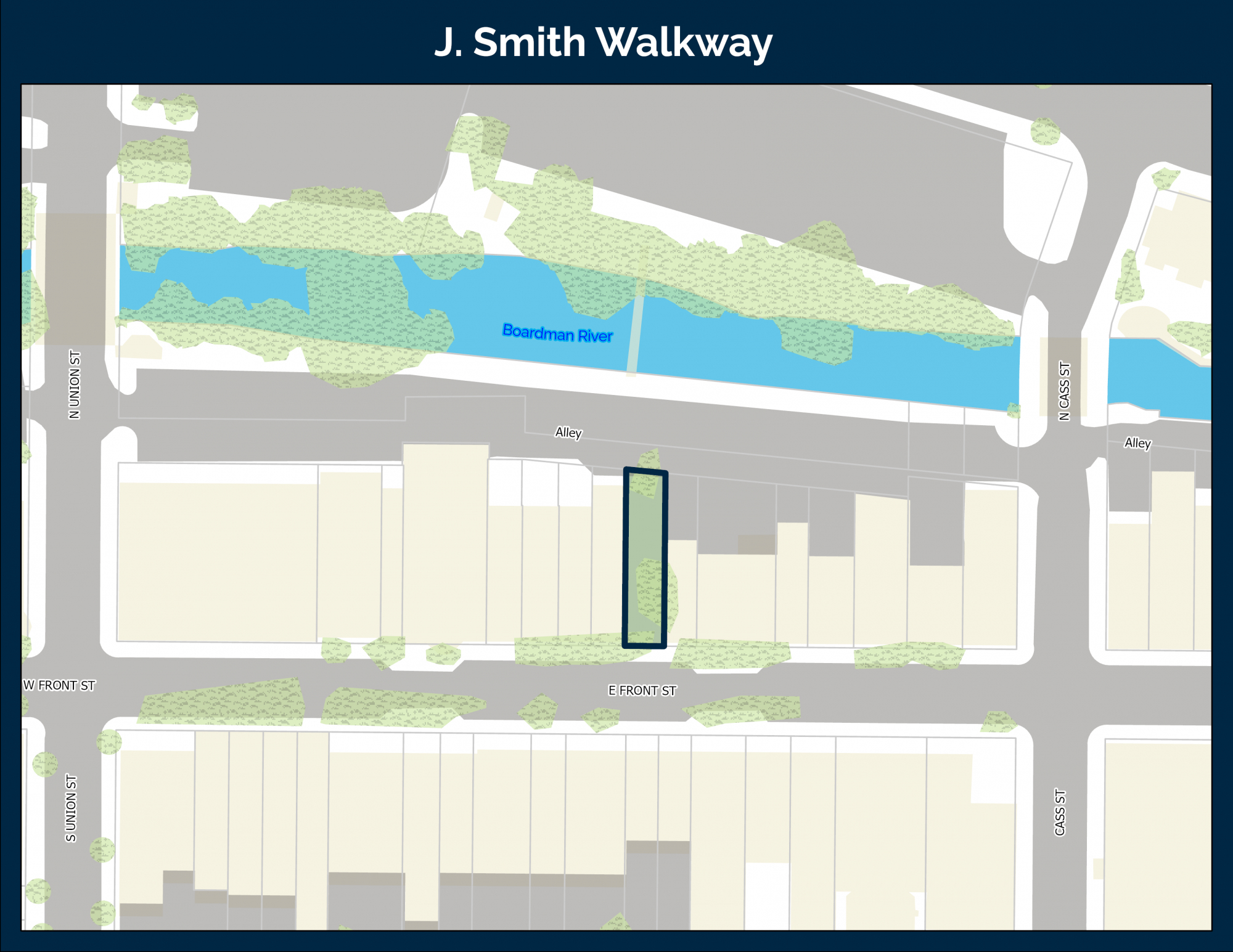