Lay Park sits in the center of the Old Town District is located near the Boardman River. The park is named after Albert T. Lay, who is credited for naming Traverse City. In 1853, seeking a postal route for the settlement, he presented the name “Grand Traverse” before officials in Washington, D.C., later accepting their suggestion to strike out the “Grand.” It would be Traverse City, the “City” element added later.

Enspire, a commemorative sculptured honoring Bryan Crough (1954-2017), long-time Executive Director of the Downtown Development Authority, whose bold and untiring vision helped shape the success and uniqueness of Traverse City’s Downtown, is featured in Lay Park. This light-filled and seemingly weightless sculpture is comprised of tons of weathering steel alloy designed to rust up to a certain point and was created by sculptural artist, DeWitt Gofrey. 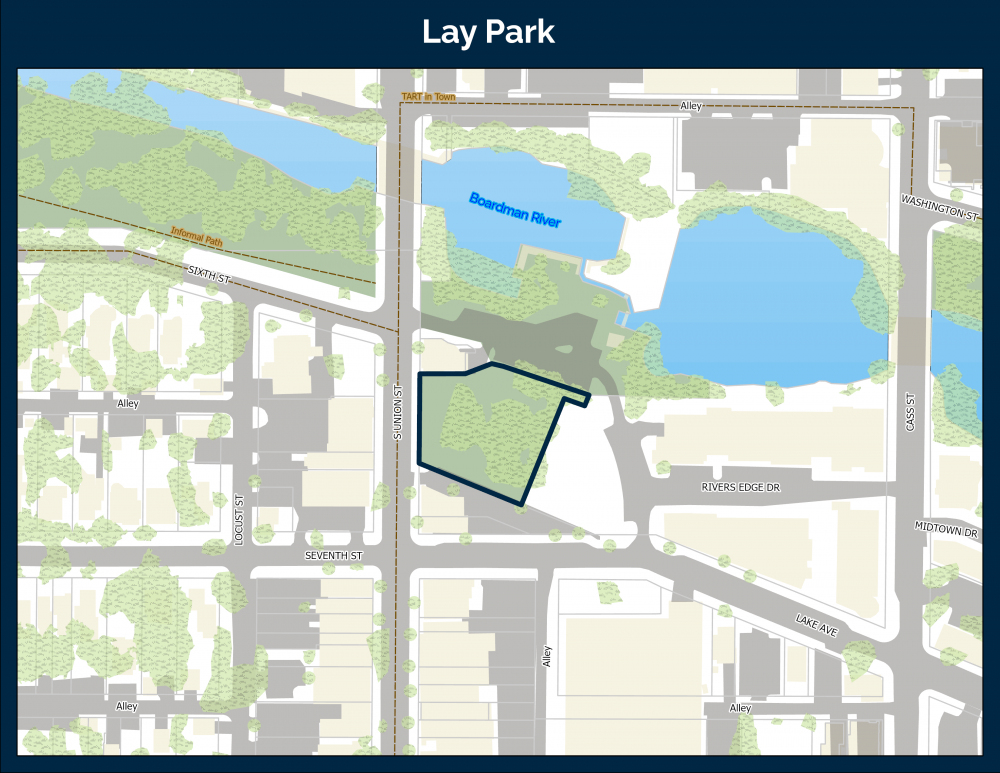 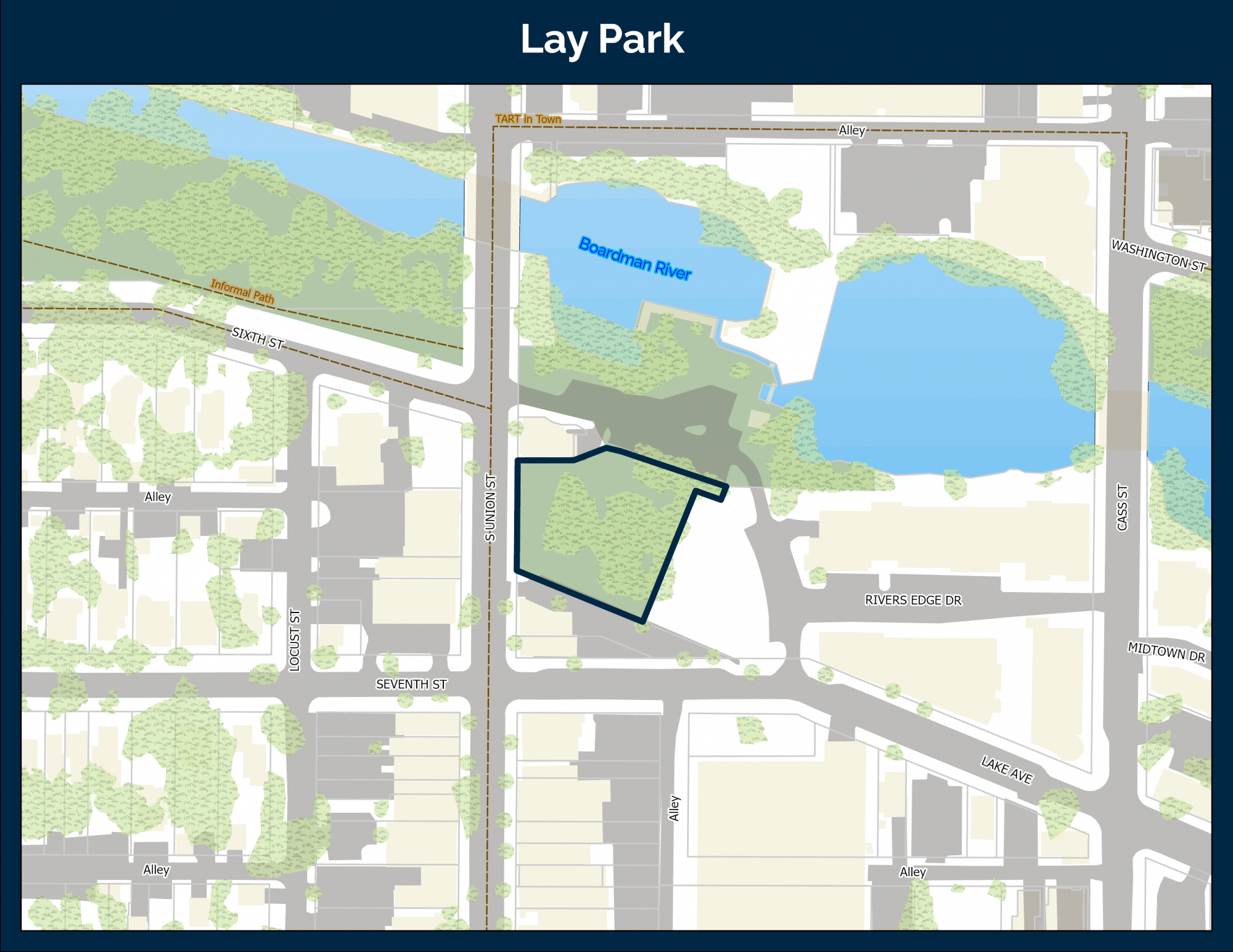